Eid al-Fitr in the US state of Michigan this year is going to be very different, said Mahmoud Al-Hadidi, a physician and chairman of the Michigan Muslim Community Council.

There will be no mass prayers in the mosques, no communal breakfasts, no carnival and no evening parties. Even family gatherings will be limited.

“I’m not gonna be doing that this year,” Al-Hadidi said. “I’m going to be with my immediate family, and we’re staying at home.”

But the curbs on mass social gatherings put in place to contain the spread of the coronavirus, expected to last through at least May 28, have not dampened the holiday spirit. And residents of southeast Michigan, home to one of the largest Muslim communities in the United States, say they have found innovative ways to welcome the three-day holiday marking the end of the fasting month of Ramadan, while adhering to social-distancing measures.

“We are determined to celebrate and be happy despite all the circumstances, we will adapt,” Al-Hadidi added.

Thousands are expected to tune in on Sunday morning for a live Eid sermon that will be aired on local television and streamed on social media. Later in the day, cars will be able to line up outside several mosques to enjoy live music and to receive gift bags for children, in this year’s first-ever drive-thru Eid event. 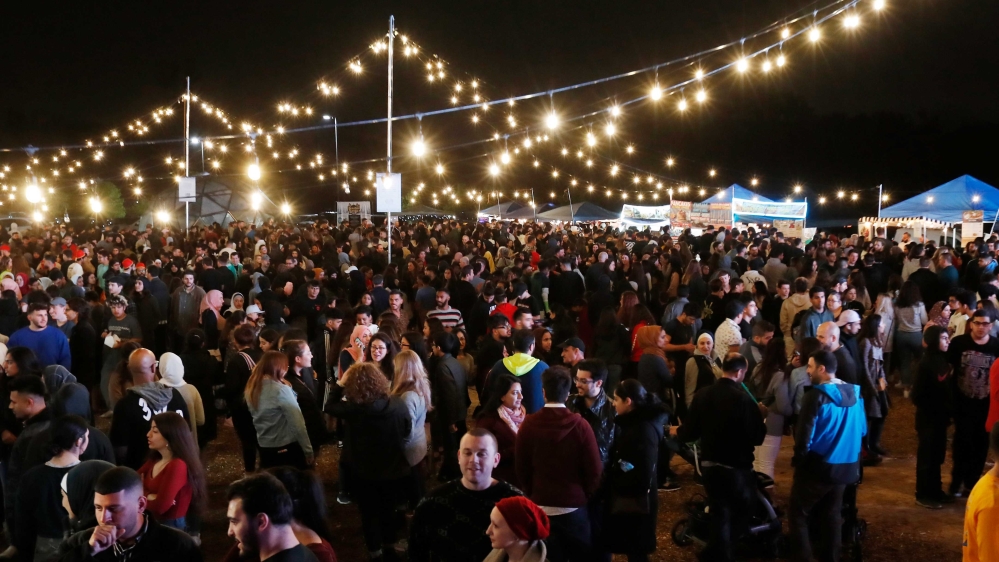 Like most Muslims around the world, those of southeast Michigan, a community of over 250,000, traditionally celebrate Eid by visiting friends and relatives in their homes or attending large gatherings where people eat and socialise together.

“Normally we go to the mosque for prayer and breakfast, and at night we go out for dinner,” Lama Samman Nasry told Al Jazeera, “we spend most of the day out of the house.”

Samman Nasry – a resident of the Detroit suburb Franklin who works as a manager at an urgent care clinic and is the mother of four children – said she will be one of dozens who will be volunteering to hand out presents and food, hoping to help spread some joy.

“It’s going to be a quieter celebration,” she said. “It will be a different kind of celebration, definitely.”

Michigan has been one of the hardest-hit states during the coronavirus pandemic, with over 53,000 cases of COVID-19 and over 5,000 deaths – the fourth-highest death toll in the country, according to Johns Hopkins University statistics.

The state also imposed one of the strictest stay-at-home orders, which prompted small groups of protesters, some armed, to demonstrate at the state capitol.

On Thursday, Michigan’s governor Governor Gretchen Whitmer announced steps to reopen the state’s economy and presented timelines for the resumption of some businesses and allowing some social gatherings.

“We’ve taken significant steps forward to re-engage our economy safely and responsibly over the past few weeks. Now we are going to take some time to ensure that these new measures are working,” Whitmer said during Thursday’s news briefing.

On Friday, US President Donald Trump said that he has deemed houses of worship as “essential” and called on governors across the country to allow them to reopen this weekend despite the threat of spreading the coronavirus.

“These are places that hold our society together and keep our people united,” he said at a news conference at the White House.

“The people are demanding to go to church and synagogue, go to their mosque,” he said.

Trump said that if governors do not abide by his request, he will “override” them. It remains unclear what authority he has to do so, and how governors – including Michigan’s – will respond.

Meanwhile, Firas Bazerbashi, a physician, says most residents in Michigan are fully aware of the health risks and will forego the customary community celebrations. He added that after weeks of quarantine, people have learned to replace family visits with phone calls and Zoom sessions, despite a renewed need to be physically close to family.

“It will be remarkably different,” Bazerbashi told Al Jazeera. “It’s really hard to be isolated from family and friends and being disconnected from the community.”

“We are mentally prepared to have a COVID Eid, but it is still very challenging,” he said.

Coronavirus inaction: Could world leaders have blood on their hands?

How thousands of Iranians went from mourning a general to protesting the regime, in a week